Friday, October 5th, 2012, 7:00 p.m. – 11:00 p.m. — Celebration for the Franciscan Manzanita! Join the Wild Equity Institute at the Eric Quezada Center for Culture and Politics, 518 Valencia St., San Francisco, CA, 94110 to celebrate October 5: the day the Franciscan Manzanita finally becomes protected under the federal Endangered Species Act! We’ll be drinking a new signature elixir called the “Franciscana” and dancing the “Manzanita”—a new dance move that will surely sweep the nation once the YouTube videos of the night hit the interwebs! There will be food and music, and another too rare event: an opportunity to celebrate with dozens of great people like you, people working to build a healthy and sustainable global community for all! $5 donation requested at the door, but no one turned away for lack of funds. 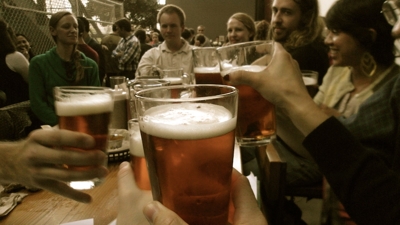 The Franciscan Manzanita, which for over 40 years was thought to be extinct in the wild, was rediscovered in the Presidio by Dr. Daniel Gluesenkamp in 2009. But because it was presumed extinct, the Endangered Species Act didn’t protect this rare plant—the law applies to endangered and threatened species, not extinct ones.

So the Wild Equity Institute successfully pushed to extend Endangered Species Act protection to the Franciscan Manzanita, ensuring that the world’s most powerful conservation tools would be available as we restore this species and the habitats upon which it depends. Read more about our work here.

On October 5th, Endangered Species Act protection for the Franciscan Manzanita will officially become effective. Accompanying the listing is a proposal to designate several sensitive areas as critical habitat for the plant—when this proposal becomes final, it will be the first time any San Francisco land has been protected as critical habitat for any endangered species. If that’s not cause for celebration, we don’t know what is: so Join us October 5th from 7-11 p.m. at the Eric Quezada Centerfor Culture and Politics, 518 Valencia St., San Francisco, CA, 94110. The Center is accessible by several modes of public transit: the 16th Street BART station is just a block away.

The Story Behind the Protection of San Francisco’s Namesake Manzanita