In 2011, the Wild Equity Institute partnered with Downtown High School in San Francisco to give students and endangered species a second chance at life. The joint project was called “Endangered Semester,” and it provides students who have not succeeded in traditional classrooms an opportunity to see 10 endangered species in the field, while taking 10 actions that help these species recover. It was a competitive event: as the students see and help save endangered species, they earn prizes that help their class succeed. 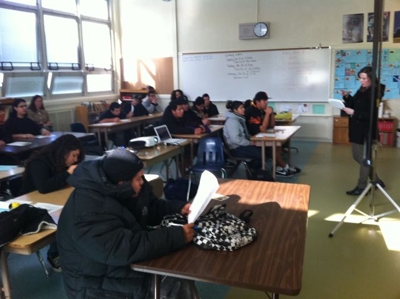 The Endangered Semester was completed in four phases. First, students were provided an in-class description of the project, including specific instructions on how to see endangered species in the field ethically and how to complete actions that help species recover. Next students were taken on three field trips to observe species and conduct recovery actions. Third, students were provided with self-directed opportunities to see endangered species near their homes, and make healthy lifestyle choices that would also benefit conservation. Finally, the students’ scores were tallied and prizes awarded in an end of the semester celebration.

On January 13, 2011, students completed their first trip to help see and save Coho Salmon at Muir Woods National Monument and Muir Beach. Although inclement weather made it difficult to spot salmon, the students marshaled on and planted 120 native plants along creek beds to help improve spawning habitat for the anadromous fish. 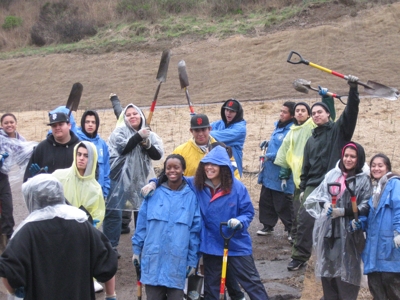 On March 11, 2011, Wild Equity led students on a challenging coastal hike to see several endangered species in San Francisco. Over the five-mile journey, students saw several restoration sites in the Presidio, searched for several plants, birds, and marine mammals on the brink of extinction, and learned about the great environmental justice concerns that led to the creation of the Golden Gate National Recreation Area. 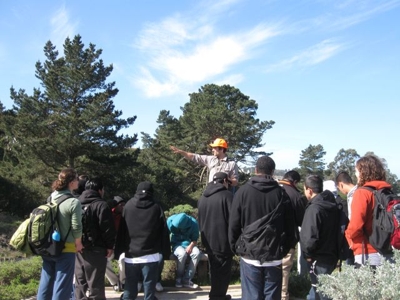 On April 22, 2011, students were taken to the Antioch Dunes National Wildlife refuge to see two endangered plants and take actions that help conserve the endangered Lange’s metalmark butterfly, arguably the rarest Bay Area butterfly. Students were given special access to this refuge, usually closed to visitors, and met with Fish and Wildlife Service staff working desperately to save endangered species near communities impacted by industrial development. 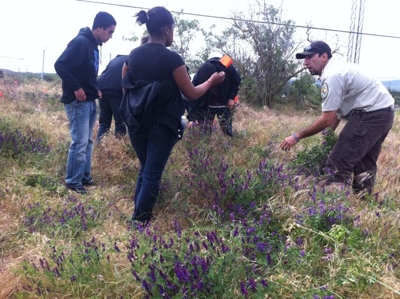 After completing their actions and sightings, the students points were tallied, interim prizes were awarded, and a celebration was held to close out the Endangered Semester. All together, students completed about 100 sightings and action items during the semester: an impressive feat that earned them nature- and education-themed prizes individually and for the class as a whole. 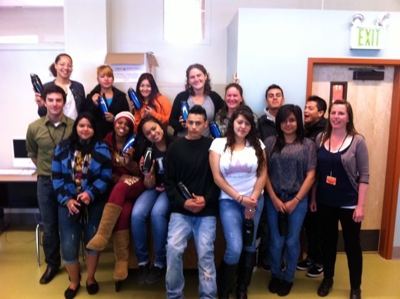 The Endangered Semester was made possible by a generous gift from the California Wildlands Grassroots Fund of the Tides Foundation. Additional support was provided by REI’s San Francisco store and the Sports Basement. If you are interested in having your school participate in the endangered semester, contact us and we’ll let you know how to get your classroom enrolled.