San Francisco — Documents obtained from the San Francisco Recreation and Parks Department show that at least 107 California red-legged frog egg masses were jeopardized this winter when ongoing pumping operations at Sharp Park Golf Course drained areas where the egg masses were laid, requiring emergency action to relocate the egg masses to deeper waters. This record number of egg mass strandings occurred despite the implementation of a compliance plan specifically designed to keep endangered species safe from the golf course’s activities. 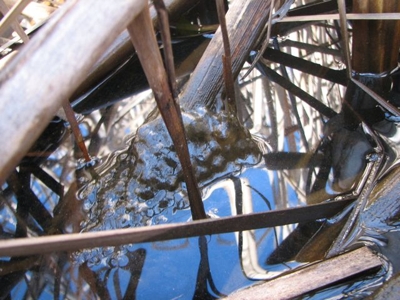 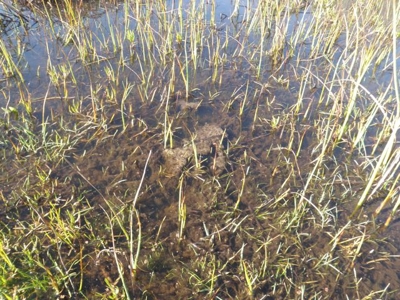 Sharp Park, a San Francisco-owned wetland in Pacifica that the City drains regularly so a golf course can be operated on the property, has flooded on several occasions this winter. When the golf course floods a pump house drains the water out to sea, reducing the depth of the water in breeding and feeding areas for the threatened California red-legged frog and the endangered San Francisco garter snake. This puts California red-legged frog egg masses at risk by creating shallow swales that may not retain enough water to keep the eggs wet during their gestation period, and by separating these areas from deeper waters where tadpoles can retreat and hide from predators. 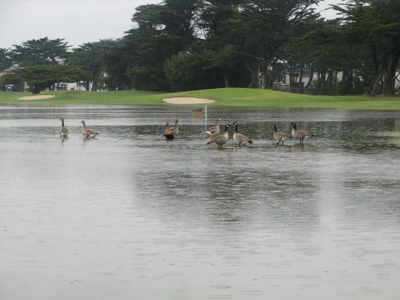 Despite many years of endangered species compliance issues at Sharp Park, the City still does not have federal permits to modify endangered species habitats. In the City’s most recent emergency communications with the U.S. Fish and Wildlife Service, wildlife agents specifically stated that the agency will not issue ongoing emergency authorization to move egg masses, and the City instead should go through Endangered Species Act permitting processes if it wishes to keep putting endangered species at risk of harm.

“Restoring Sharp Park is a win-win for the environment and for recreation,” said Plater. “We can supply recreation that modern Bay Area residents demand while saving some of the Bay Area’s most imperiled species, all while saving the City’s scarce recreation dollars. We look forward to ensuring the City makes this change before it is too late for the endangered species that call Sharp Park home.”