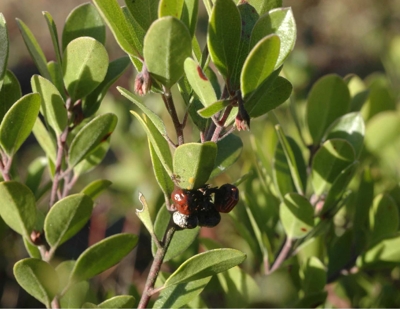 Last week San Francisco Chronicle columnists Matier & Ross claimed that the City and County of San Francisco was stuck with a $200,000 bill to move the rediscovered Franciscan Manzanita from the path of the Doyle Drive construction project. The article caused a firestorm: it was the most viewed item on the Chronicle’s website last week, and now Sean Hannity of Fox News is calling around to do a hit-piece on the plant.

Trouble is, Matier & Ross’ accusation is false. According to Doyle Drive Project Spokesperson Molly Graham, “this money isn’t coming from the City of San Francisco’s coffers.”  In fact, the transplant was funded by a pre-existing environmental mitigation budget sponsored by all Bay Area counties.  Although the discovery of the Manzanita wasn’t anticipated, not one new taxpayer dollar was needed to fund the move.  Moreover, the total proposed to be spent on this species recovery action is less than .01% of the entire budget for the Doyle Drive project.

CalTrans Video of the Manzanita Move

Yet the Chronicle still hasn’t published a retraction.  Please e-mail the Chronicle today and demand that they publish one, and also allow Manzanita advocates to set the record straight on the Chronicle’s op-ed pages.