On February 21, 2011, a local Pacifica resident informed the Wild Equity Institute that a presumed California red-legged frog egg mass was at risk of desiccation at Sharp Park. The egg mass appeared to have been laid shortly after the previous week’s winter storms inundated Sharp Park Golf Course. Wild Equity was informed that the egg mass was attached to aquatic vegetation near the surface of the water on the south side of Horse Stable Pond.

The resident was concerned that San Francisco’s ongoing pumping of water from Horse Stable Pond might expose this egg mass to the air. The pumps appeared to have been on consistently since the heavy winter rains inundated the course. 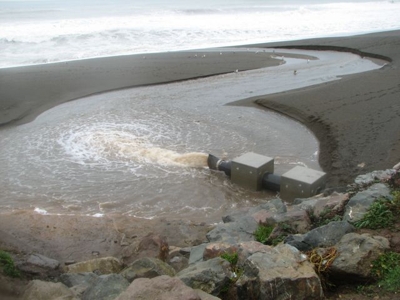 On February 23, 2011, Wild Equity Institute staff and supporters visited Mori Point and Sharp Park, along with an expert in herpetology. Wild Equity Institute staff quickly located the egg mass, and the expert confirmed that it was in fact a California red-legged frog egg mass. At that time the egg mass was completely exposed to the air. Pumping operations were still occurring.

On February 24, 2011, the Wild Equity Institute informed the U.S. Fish and Wildlife Service via e-mail and certified mail that a California red-legged frog egg mass had been exposed to the air by ongoing pumping operations at Sharp Park Golf Course, and requested that the agency take emergency action to save the egg mass.

On March 1, 2011, Wild Equity Institute supporters returned to Sharp Park to determine if the egg mass had been saved. Unfortunately, it had not: the egg mass was still located in the same area and appeared desiccated and partially frozen. 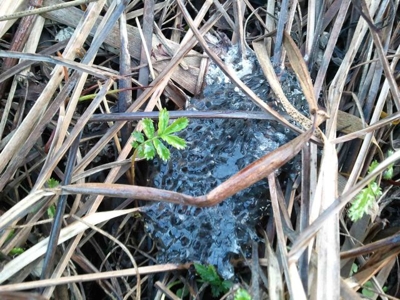 Sharp Park Golf Course is a clear violation of the Endangered Species Act. It has been killing California red-legged frogs for several years, and still does not have any permits from the United States Fish and Wildlife Service to do so. It’s actions this year represent the largest threat to the species documented by regulatory agencies, and if these actions are not halted we could lose the California red-legged frog from Sharp Park forever: along with its extremely imperiled predator, the San Francisco garter snake.