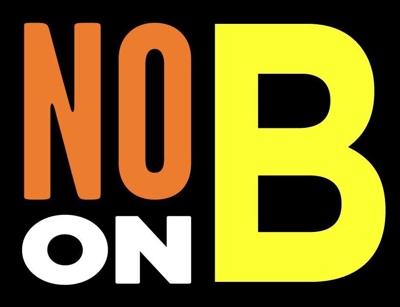 With the campaign mailer deluge hitting our mailboxes, it appears that the supporters of San Francisco’s Proposition B are spending almost as much money trying to pass the proposition as the City might generate with the bonds Prop B. authorizes!

To cut through the clutter, the Wild Equity Institute provided some initial reasons to vote no on Prop. B several days ago, but the latest mailers sparked some additional research: and confirmed our suggestion that you vote no on Prop. B.

There is a pronounced difference between funding capital improvements and funding ongoing operations. Operations have simply not been a funding priority of our elected officials, and as a result RPD has been driven to pursue additional funding in the form of concessions and services. . . . It does not makes sense to spend money improving buildings or restoring parks if we can’t afford to open those buildings or operate those parks. There needs to be a sustained commitment to operations to support any capital program. . . . In fact, our hope has been that the operating deficit would be addressed first.

To truly solve our parks’ budget problem, RPD needs to join with park advocacy groups demanding larger operation and management budgets at the Board of Supervisors and the Mayor’s office, where we can obtain the annual operating and maintenance money our parks need. But to date, RPD has refused to join with us, and instead it has pursued bloated capital funding, and wasted operating budgets subsidizing suburban golf in San Mateo County. Perhaps, as the SPUR report suggests, this is because RPD has failed to properly prioritize its revenue problems.

We can understand why some institutions might determine that the short-term benefits of specific, promised projects outweigh the long-term negative impacts that Prop. B imposes on our parks. Surprisingly, SPUR endorsed this proposal, albeit with an important caveat: that the long-term funding problem be addressed sooner rather than later. But Wild Equity is in it for the long-haul, and Proposition B will fundamentally make park financing more difficult if it passes.

That’s why we urge you all to vote NO on Prop. B.