On April 18, San Francisco resident Mikiye Nakanishi—a bird lover and dog owner—was watching a goose family waddle into San Francisco Bay from Crissy Field lagoon. But before the goslings could make it over the waves, an off-leash dog attacked the goose family.

“Then another dog came running and grabbed one,” Nakanishi recounted. “A second dog grabbed another one. A third dog came and pushed them all out. The geese had no place to go. People were surrounding them. The dog owners were saying, ‘Oh, they’re not going to hurt them.’” 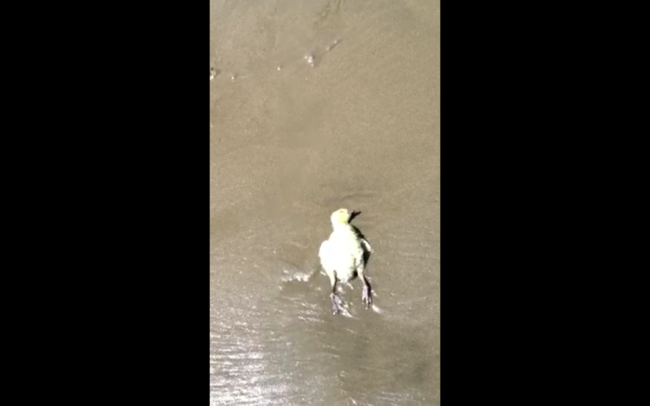 Two goslings were killed before the parent geese could lead their flock to safety. And while the stunned bird-lover was trying to understand what happened, the irresponsible dog owners fled the scene of the crime.

Unfortunately, this is not an isolated incident: off-leash dogs consistently harm people, our pets, wildlife and park resources at the GGNRA because it simply isn’t safe to run off-leash dogs in the Park. According to the GGNRA, there have been at least nine incidents in which park visitors or employees were bitten by dogs so far in 2013. Last year was filled with one heartbreaking off-leash dog attack after the next.

And yet the GGNRA still has not enforced leash laws in the park.

At the Wild Equity Institute, we love our dogs. But we also love all other forms of life. We believe that to protect all of us, leash laws must be enforced at the GGNRA, and off-leash dog play areas must be fully enclosed with a physical barrier and located far away from sensitive resources and people.

If you agree, make your voice heard by contacting Howard Levitt, Director of Communications and Partnerships for the GGNRA, and tell him we need leash laws enforced today, and modern off-leash dog play areas that are fully enclosed and keep everyone safe. You can reach him at howard_levitt@nps.gov or 415 561-4730.